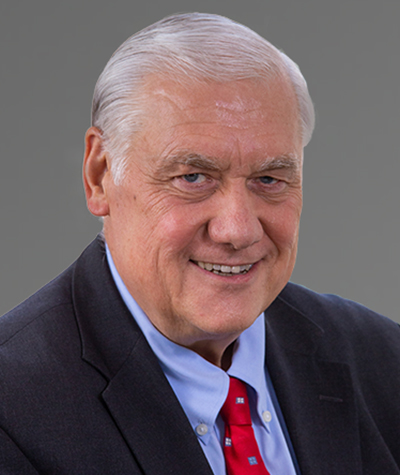 Dr. Kizer’s broad experience includes engineering the internationally acclaimed transformation of the Veterans Healthcare System – the nation’s largest healthcare system – in the late 1990s when serving as the VA’s Undersecretary for Health. This transformation developed and implemented numerous systemic changes that produced dramatically improved quality of care, service satisfaction and operational efficiency. It has been widely studied throughout the world as a model for health care transformation.

He was the founding President and CEO of the National Quality Forum, considered by many as the nation’s premier health care quality improvement organization. He was the founding Chairman, and former President and CEO, of Medsphere Systems Corporation, a leading provider of subscription-based health information technology. Early in his career, he orchestrated California’s response to the then new HIV/AIDS epidemic, established the internationally renowned California Tobacco Control Program, pioneered Medicaid managed care, and was the architect of California’s statewide emergency medical services system. Most recently, he was the founding Director of the Institute for Population Health Improvement in the University of California Davis Health System. He also served as the inaugural Chief Medical Officer for the California Department of Managed Health Care.

Dr. Kizer has the rare distinction of being an elected member of both the National Academy of Medicine (NAM) and the National Academy of Public Administration. He has been a member of numerous expert panels on Veteran and military health issues, as well as population health issues. He recently chaired NAM studies of the DoD’s Military Family Readiness System, management of the capital assets at the National Institutes of Health, and the health benefits of permanent supportive housing for persons experiencing homelessness. He currently chairs a NAM study assessing the readiness of the military medical workforce for future combat operations. Kizer is a Veteran of the U.S. Navy.

Dr. Kizer has authored more than 500 original articles, book chapters and other reports in the professional literature, and is the recipient of numerous national awards and recognitions.

Dr. Kizer is board certified in six medical specialties and/or subspecialties and a fellow or distinguished fellow of 12 professional societies. He is an honors graduate of Stanford University (Bachelor of Science) and the UCLA Schools of Medicine (Doctor of Medicine) and Public Health (Master of Public Health in Epidemiology).

Do you have questions about our company or services?

This site uses cookies. By continuing to browse the site, you are agreeing to our use of cookies.

We may request cookies to be set on your device. We use cookies to let us know when you visit our websites, how you interact with us, to enrich your user experience, and to customize your relationship with our website.

Click on the different category headings to find out more. You can also change some of your preferences. Note that blocking some types of cookies may impact your experience on our websites and the services we are able to offer.

These cookies are strictly necessary to provide you with services available through our website and to use some of its features.

Because these cookies are strictly necessary to deliver the website, refuseing them will have impact how our site functions. You always can block or delete cookies by changing your browser settings and force blocking all cookies on this website. But this will always prompt you to accept/refuse cookies when revisiting our site.

We fully respect if you want to refuse cookies but to avoid asking you again and again kindly allow us to store a cookie for that. You are free to opt out any time or opt in for other cookies to get a better experience. If you refuse cookies we will remove all set cookies in our domain.

We provide you with a list of stored cookies on your computer in our domain so you can check what we stored. Due to security reasons we are not able to show or modify cookies from other domains. You can check these in your browser security settings.

These cookies collect information that is used either in aggregate form to help us understand how our website is being used or how effective our marketing campaigns are, or to help us customize our website and application for you in order to enhance your experience.

If you do not want that we track your visit to our site you can disable tracking in your browser here:

We also use different external services like Google Webfonts, Google Maps, and external Video providers. Since these providers may collect personal data like your IP address we allow you to block them here. Please be aware that this might heavily reduce the functionality and appearance of our site. Changes will take effect once you reload the page.

The following cookies are also needed - You can choose if you want to allow them: